Our story starts with a beer between friends, like many good stories. The venue, Wanderer’s golf club.

‘John Webb has told me of a farm for sale at Hartbeespoort. Do you think we should buy it?’

The seed was sown. Of course, Terry Featherstone and Phil Erasmus, our two friends were not developers! They approached other possible investors and came out in a helicopter to visit the farm, Grootplaas, as it was called and confirmed that, yes indeed, it was a viable proposition.

Terry, Phil and John, together with five other investors formed the company Steinhobel Sparrow, purchased the farm and The Coves was born.

The reason for the name Coves remains shrouded in mystery – but the best guess is because of each area being separate and being on the Dam – Coves seemed to be a good idea.  Looking at the name recently, we were reminded that a Cove is a safe peaceful place to stop on a river. That describes our estate perfectly!

Photos below of The Coves before development

Below are some before and after views!  Such is the price the farm bore so that we might all live here! The pictures on the bottom right were the main road to the shoreline – and the trees were filled with bush babies at night. There are still bush babies in our forest – but not so numerous. 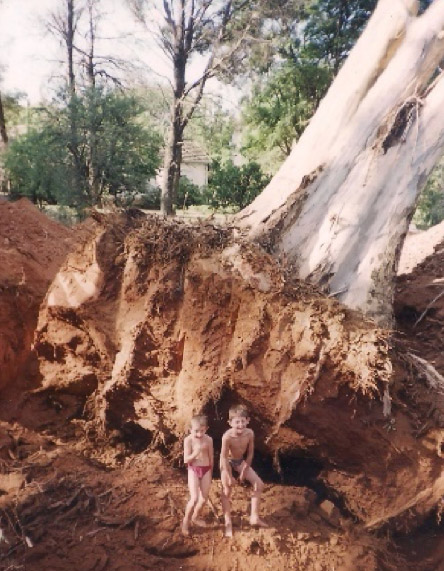 Some of the trees pulled out were absolutely huge. Look at this monster!

It was a poplar – so not indigenous. And yes – those are two human children in front! It looks like something out of a fantasy tale. 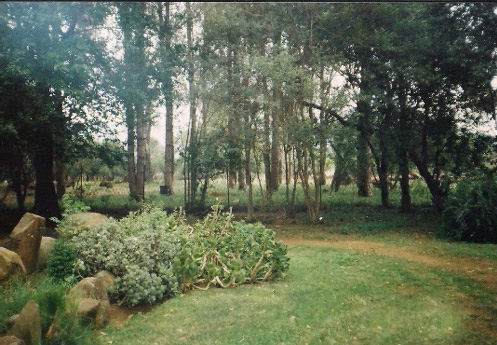 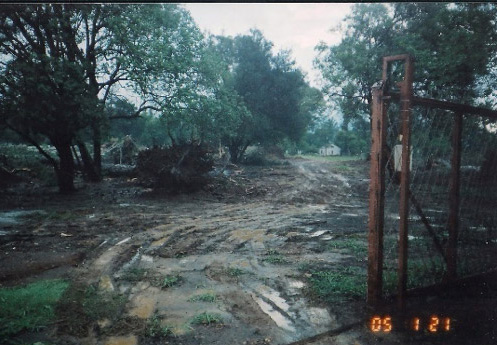 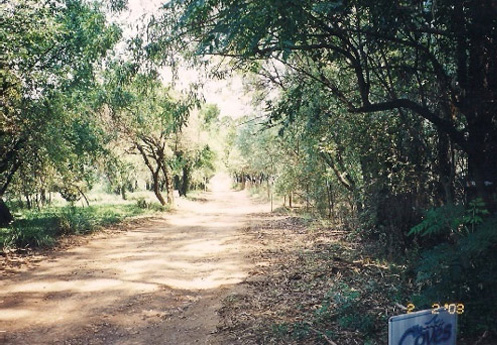 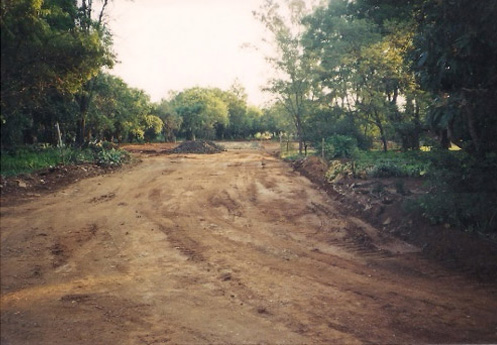 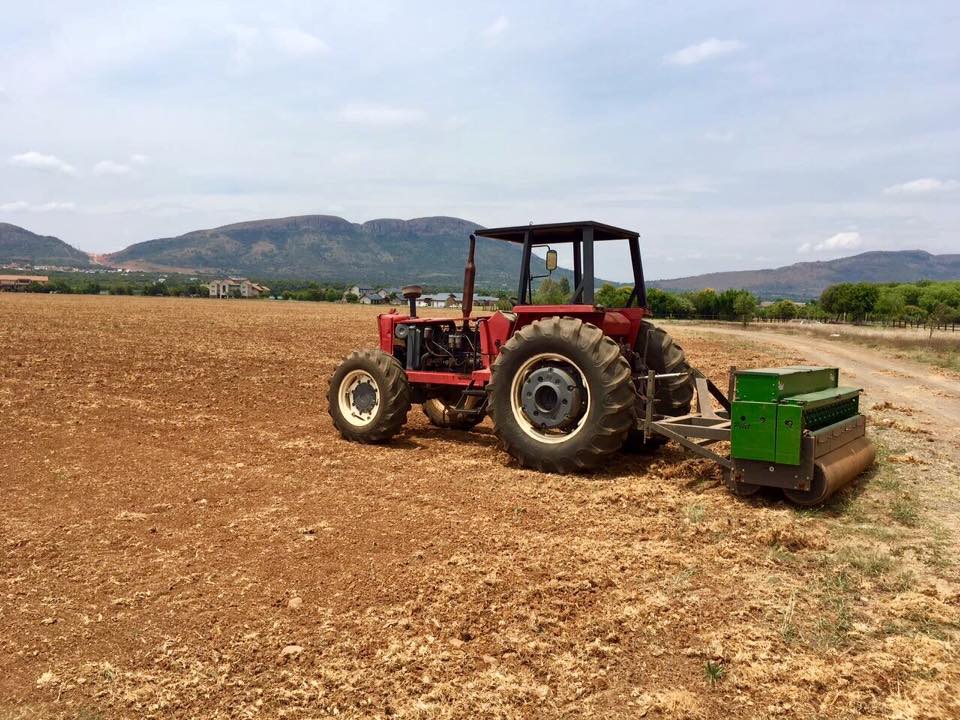 Where are the developers now?

The amazing news about our developers – is that they (Terry and Phil) still live here. Putting their hearts into the development – and showing their faith and pride in what they have done, by being able to look their neighbours in the eye – and to remain friends with them! Even some of their adult children still live here!

So often developers go bankrupt, disappear with the funds – or are unable to complete the task.  And this is not the case with The Coves.

The Developers tried, wherever possible to retain the farm flavour. Wide open spaces, preservation of the environment and of course farming. They kept elements of the farm – even fighting Department of Water Affairs to retain the poplar forest. 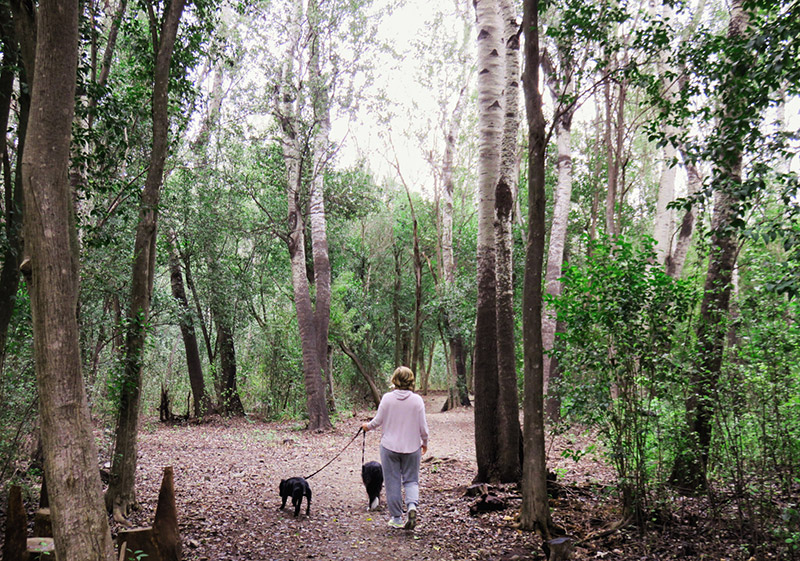 The Poplar forest is now used by Coves residents to walk their dogs, use the running trails, explore with the kids or make use of the mountain bike track that meanders alongside the walking path. 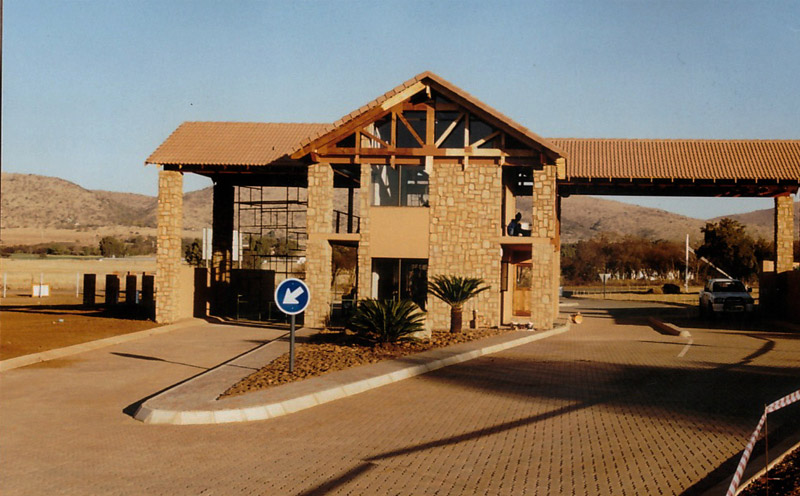 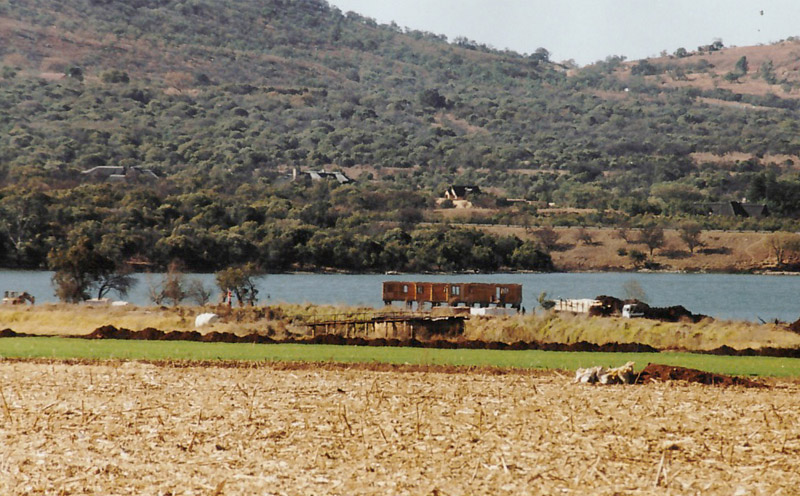 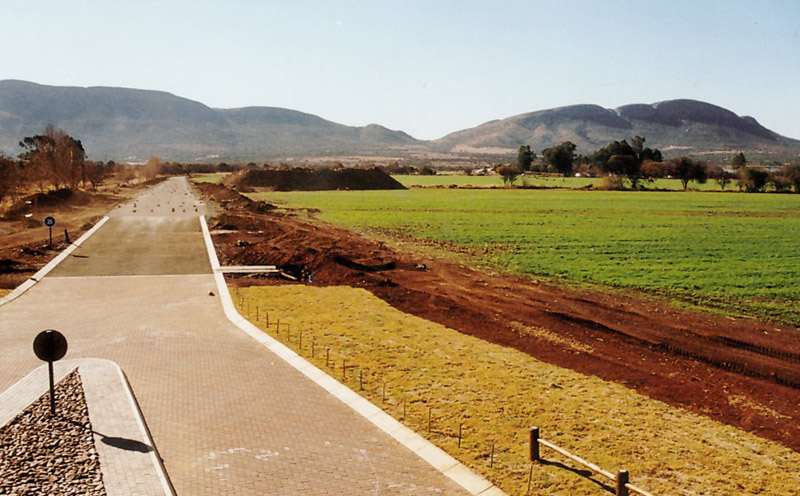 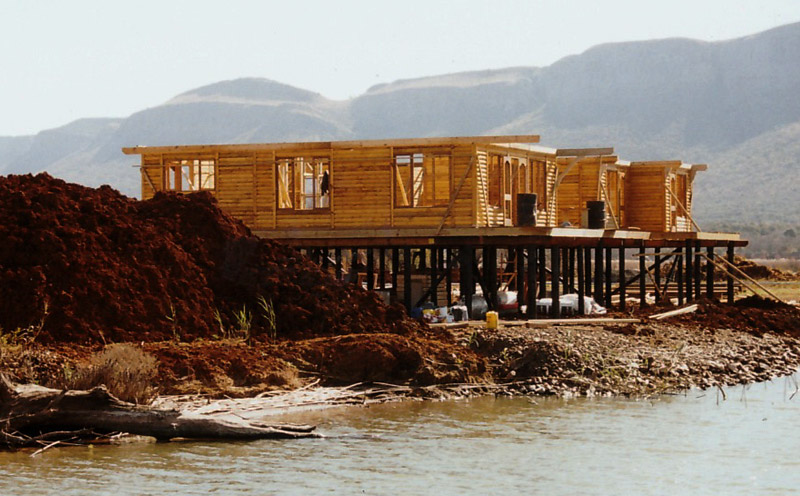 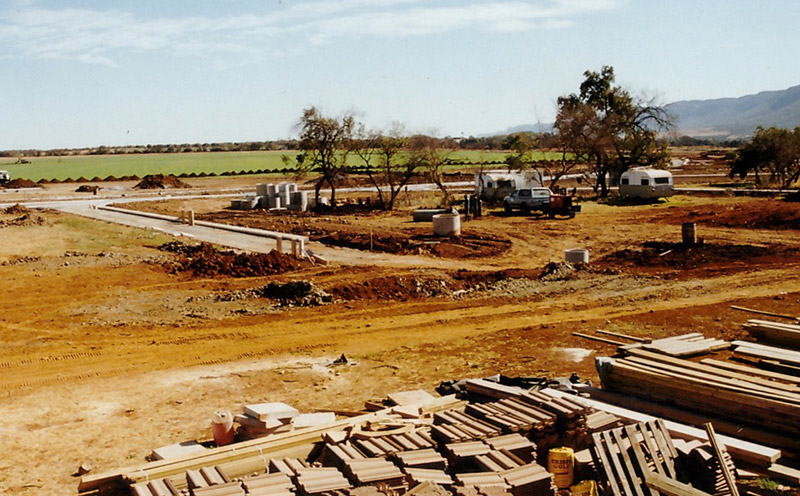 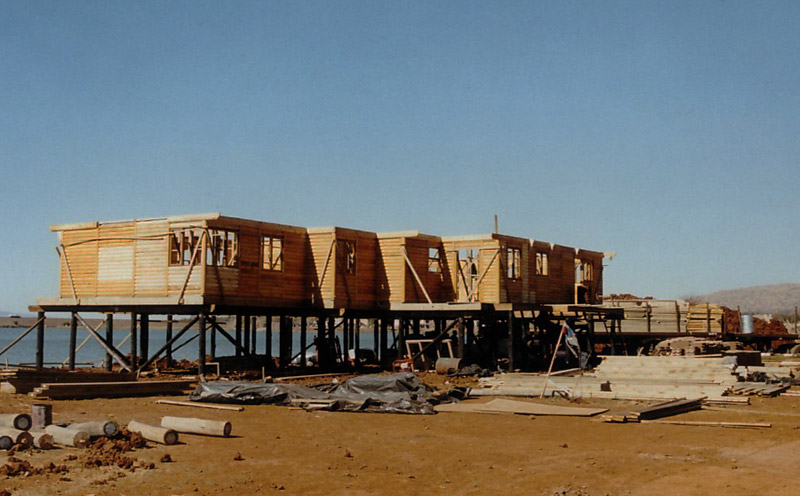 Next came Governance and Structure to run The Coves...